We’ve enjoyed a ten year relationship with iiNet since that early startup phase, and have received reliable services every day of our partnership… 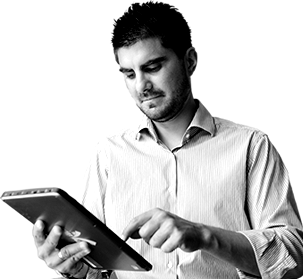 "iiNet will be with us all the way. Our goal is to keep increasing our business overseas. And the best way to do this is to keep the iiNet features that help us stay connected wherever we are, and to be efficient and flexible in the way we meet the needs of our customers."

Tegatech is a wholesaler of tablet computers and touch Technologies. The home garage was the first office for this start up in 2001. Since then it’s grown from small to big and is now a $2 Million company. With an expanding footprint in Australia and an office in Germany the company is well positioned for further growth.

In 2010, the company launched its flagship Tablet PC – The TEGA v2, which ships to over 20 countries. The TEGA v2 has a strong cult following both in Australia and overseas, and has set up a great platform for Tegatech to launch TEGA V3.

As Tegatech expanded, it had to find a communications partner that could grow with it, and would provide reliable services, regardless of the company’s changing needs. 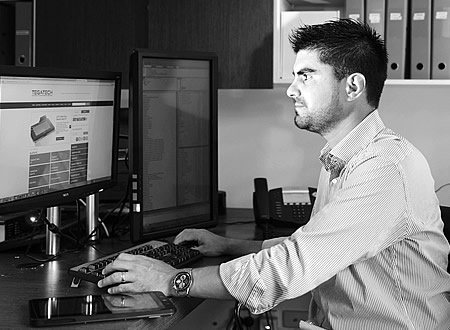 Just like iiNet, Tegatech was originally a home based business, working out of a garage. As a small business, it housed its own data and web servers, and it needed a fast, strong Internet connection to be able to quickly make changes to its website in order to service customers efficiently.

Tegatech also housed its own PABX phone system, and as the company grew and relocated to bigger premises, or opened a new office, moving and upgrading the PABX infrastructure represented a costly exercise.

As Tegatech expanded, it had to find a communications partner that could grow with it, and would provide reliable services, regardless of the company’s changing needs. 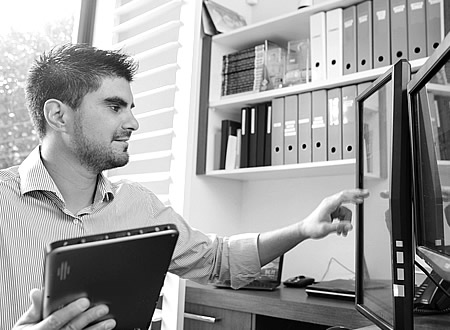 “We were growing very rapidly, so staying connected, never missing a call and being able to manage incoming calls wherever we were, either in the office, on the road, or travelling overseas, was increasingly important,” said Hugo Ortega, Founder and Principal of Tegatech. “We had to address these issues and fast, and iiNet helped us with this from day one.

“We’ve enjoyed a ten year relationship with iiNet since that early startup phase, and have received reliable services every day of our partnership with iiNet,” said Hugo.

During the last 10 years, iiNet has worked closely with Tegatech to help it transition from a small company to what is now a global business.

iiNet replaced Tegatech's PABX with Business Voice delivering better productivity and lower costs, and speeding up the company’s internet connection with Naked DSL, which provides fast broadband connection without having to pay for a phone line.

"In terms of efficiency and agility of how we run the business, this has been a massive step forward for us." 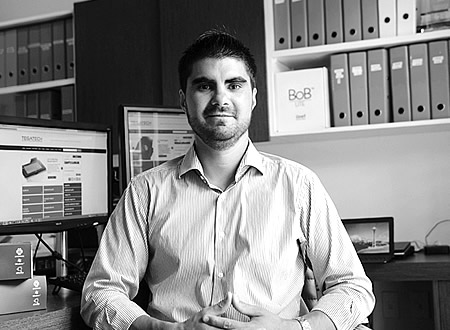 “We looked to iiNet to help us through the transition phase, and the new Business Voice services have now effectively replaced the cumbersome PABX. In terms of efficiency and agility of how we run the business, this has been a massive step forward for us. I travel a lot during the year, and I can literally take the phone system with me by plugging into an internet connection regardless of where I am,” said Hugo.

Along with accessing the virtual iiNet Business Voice service wherever they are around the world, Tegatech’s staff are also able to transfer calls to other colleagues, despite being in different locations.

“iiNet’s simultaneous ringing feature is also an important tool that we use, and helps manage the flow of incoming calls in the most efficient way.

“When a call comes through to my phone number at work, it will ring there first, and then loop across to my Skype and mobile numbers. I can answer the call wherever I am in the world. That’s great for business. I never have to miss a single call. That’s what I expect and that’s what our customers want.

With one eye on the future, Hugo said, the iiNet system has allowed Tegatech the flexibility to expand the business without cumbersome overheads. Staff are now more willing to bring an idea forward that could involve infrastructure changes – knowing that with iiNet theses changes and upgrades are easily implemented.

"iiNet’s support has been phenomenal. You can always get through to someone, you can ask for them by name, and get back to them if you need to speak to them throughout the day. It’s a genuine relationship we have with iiNet.

“With any billing inquiries, each issue is quickly attended to. That’s been a rarity with other providers we’ve used. We used to go into massive loops trying to recover unresolved issues. With iiNet you can have a one-to-one chat with a person, for as long as you need to sort out the issue, and get to the resolution stage quickly,” Hugo said.